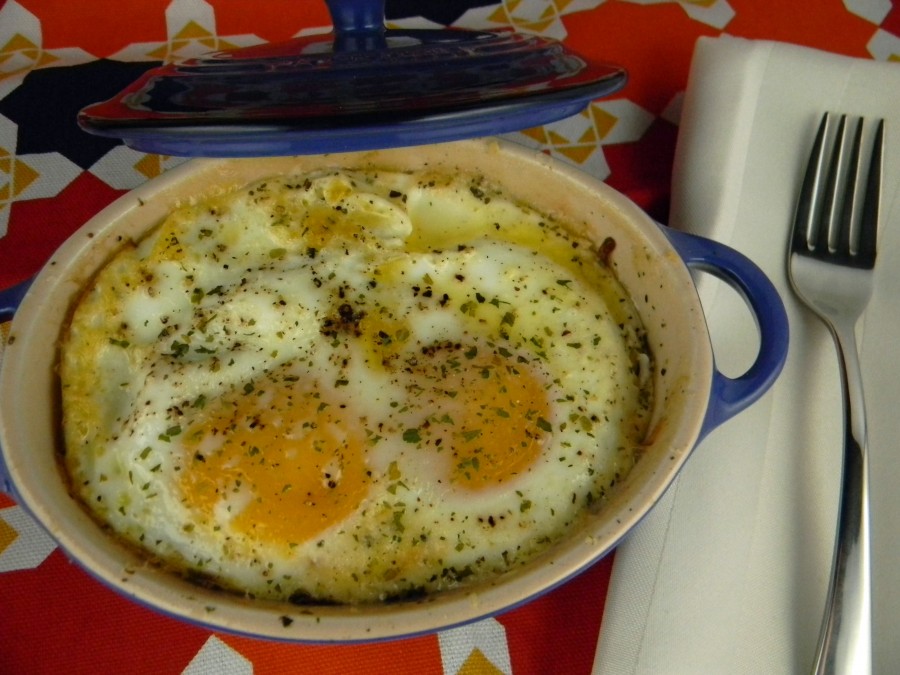 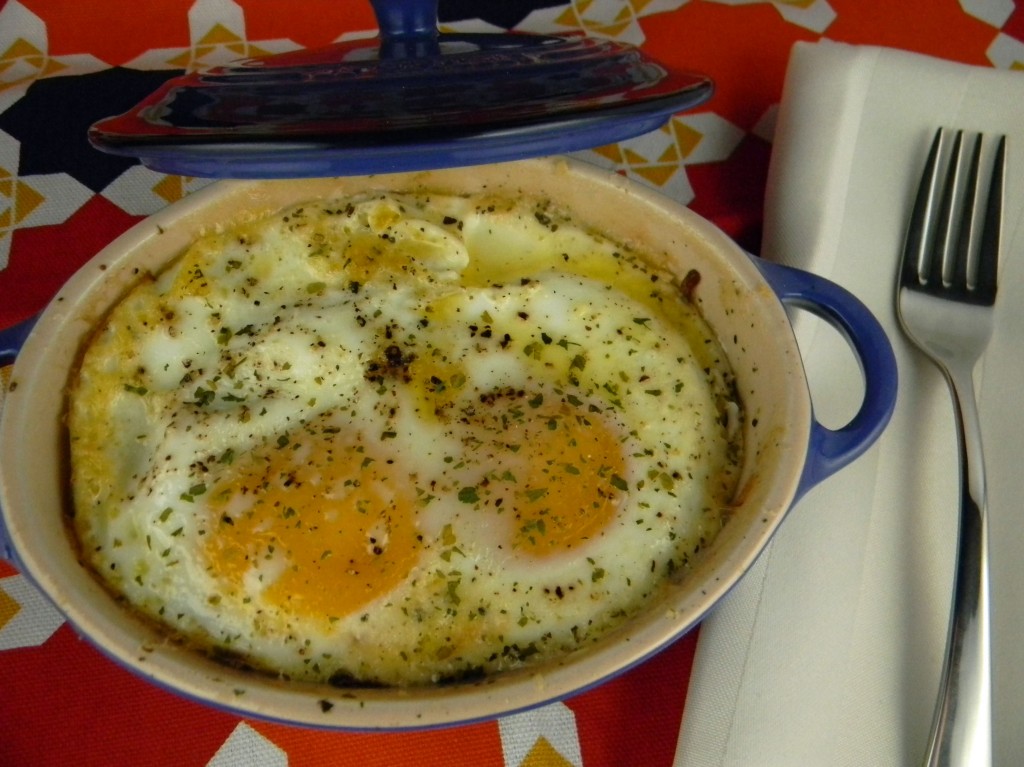 So I might have used this recipe as an excuse to use these cute little individual casserole dishes from Le Creuset. There’s something welcoming and comforting about having your own personal casserole, lid included. What’s layered underneath the two peeping egg yolk eyes? Alternating layers of mozzarella cheese and potato lightly seasoned with with dried herbs and fresh parsley. Let’s face it: between the melted strings of mozzarella and the brilliant yellow runny yolk flowing over slices of baked potato, gooyeness has undoubtedly taken over this brunch dish.

Place a layer of potato at the bottom of each ramekin. Cover with slices of mozzarella. Sprinkle with salt, pepper, 1/4 teaspoon each dried tarragon and oregano, parmesan cheese, and parsley. Add another layer of potatoes and repeat seasoning. Add a layer of mozzarella slices. Brush the top of each ramekin with melted butter. Bake about 30 minutes. Break eggs on top (one egg for small ramekins, 2 eggs for large). Sprinkle with remaining butter, herbs, salt, and pepper. Return to oven and bake about 20 minutes or until eggs are set.

Serves 3-6 (depending on the size of ramekins used). 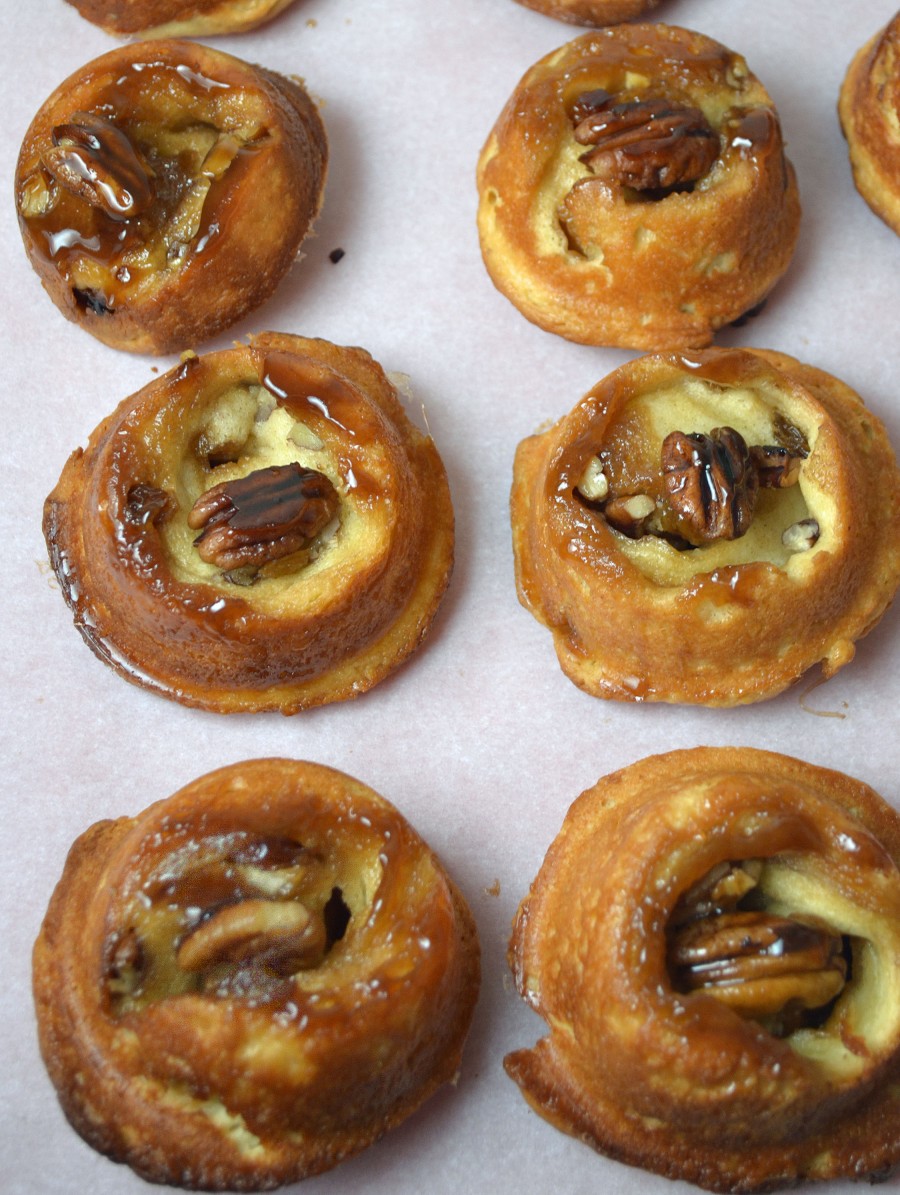 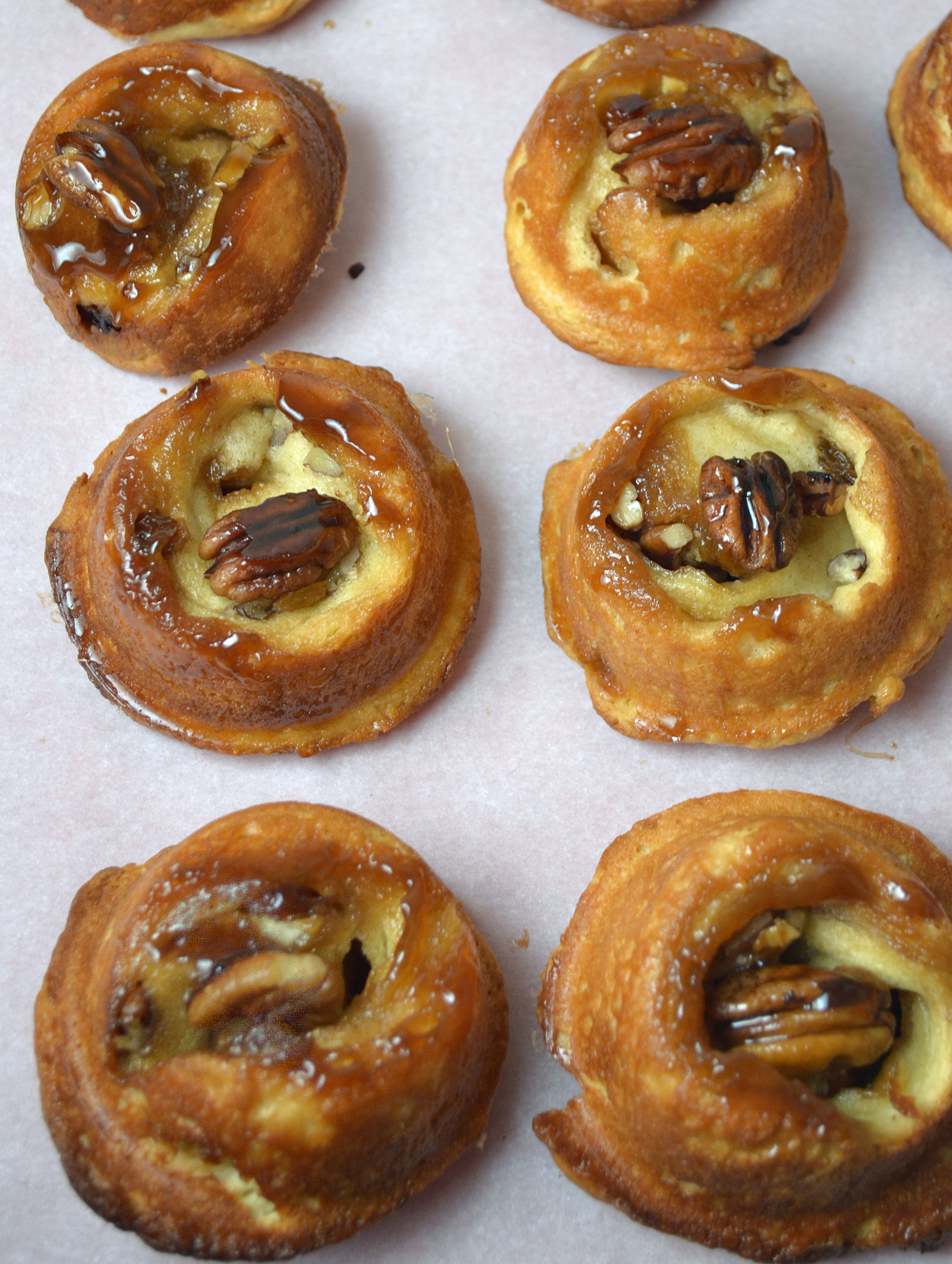 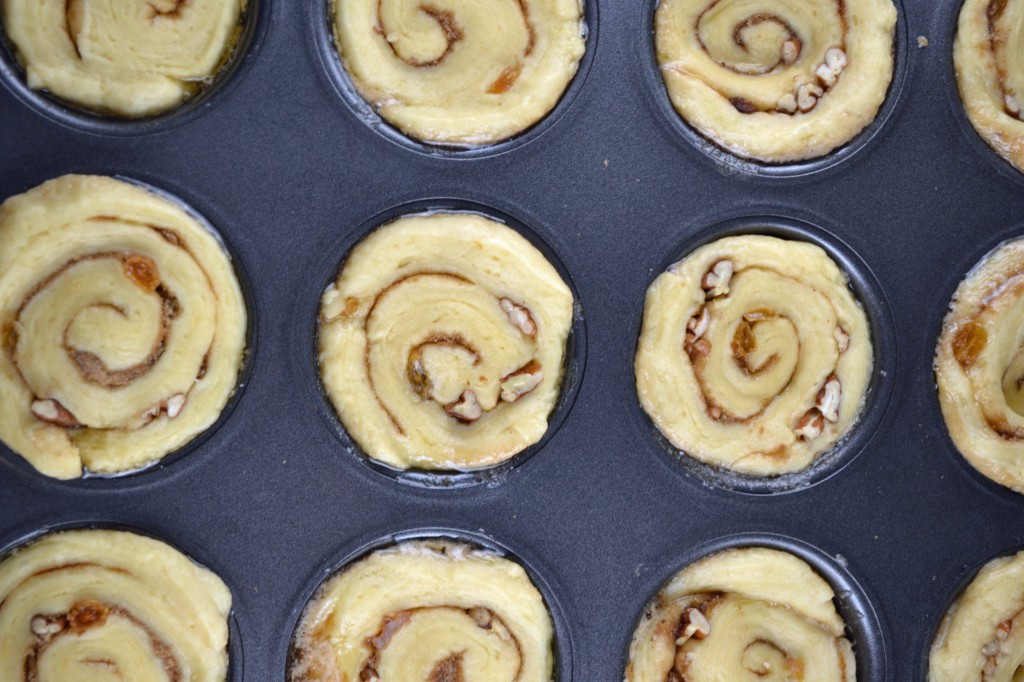 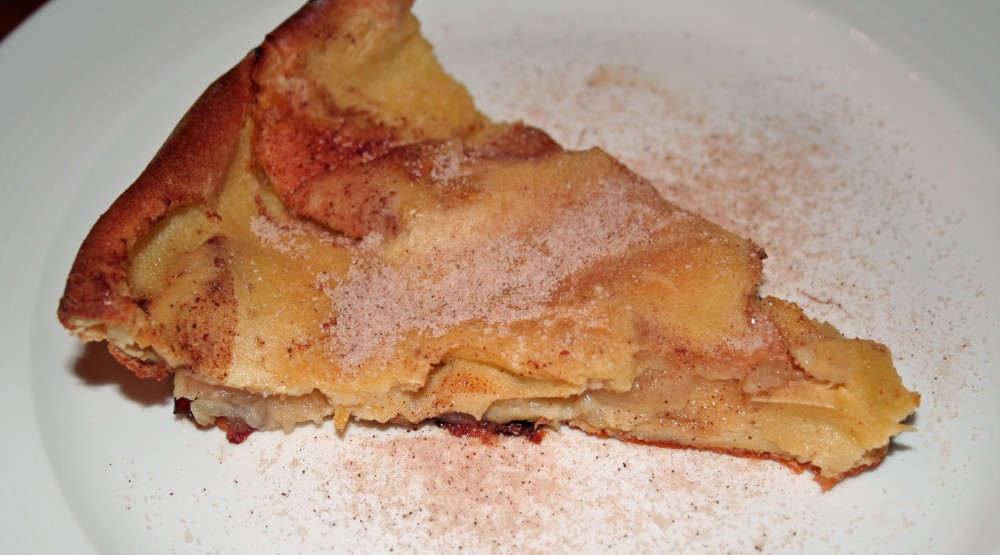 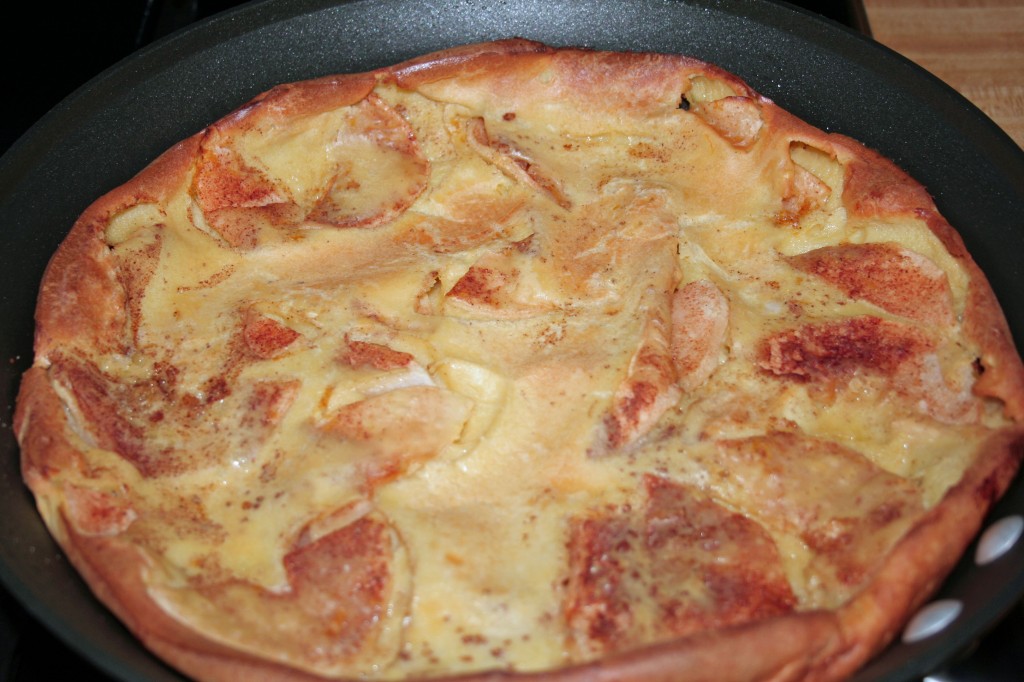 Another lovely unpublished recipe from the archives of Paula Peck. Cinnamon, sugar, and apples – what’s not to like? This is a very simple recipe that reminds me more of an apple pie than a pancake. After deciphering the faded typewriter version with it’s hand written edits, I noticed that the recipe directions completely left out 3 of the ingredients listed. I kept re-reading the recipe as if these ingredients were hidden somewhere amongst the four sentences of instruction. Thanks to it’s simplicity, I didn’t need to think twice about where to add them but I was intrigued by the idea that the recipe was so raw that I needed to add more than just the finishing touches. In addition to mixing in the missing ingredients with the remaining dry ingredients, I increased the sugar to 1 tablespoon. The resulting puffed pancake has just enough sweetness to balance the tart apples but can still be eaten with syrup or fresh fruit.

I’m not sure what makes it Bavarian, maybe because it’s baked? Or maybe it’s as bavarian as French fries are French. Either way, this applicious pancake is a sweet way to start or end your day.

Beat eggs. Add flour, sugar, and salt, beating in well until no lumps remain. Beat in milk.
Peel apples, cut in half, and remove cores. Cut in slices 1/8 inch thick. 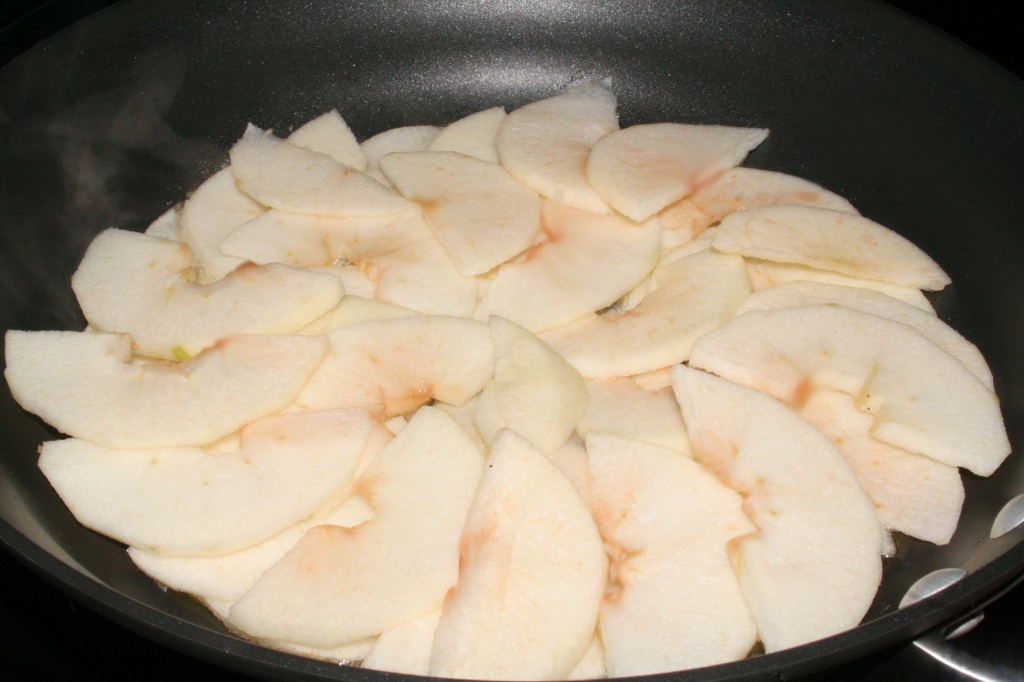 Remove from heat and pour in prepared batter. 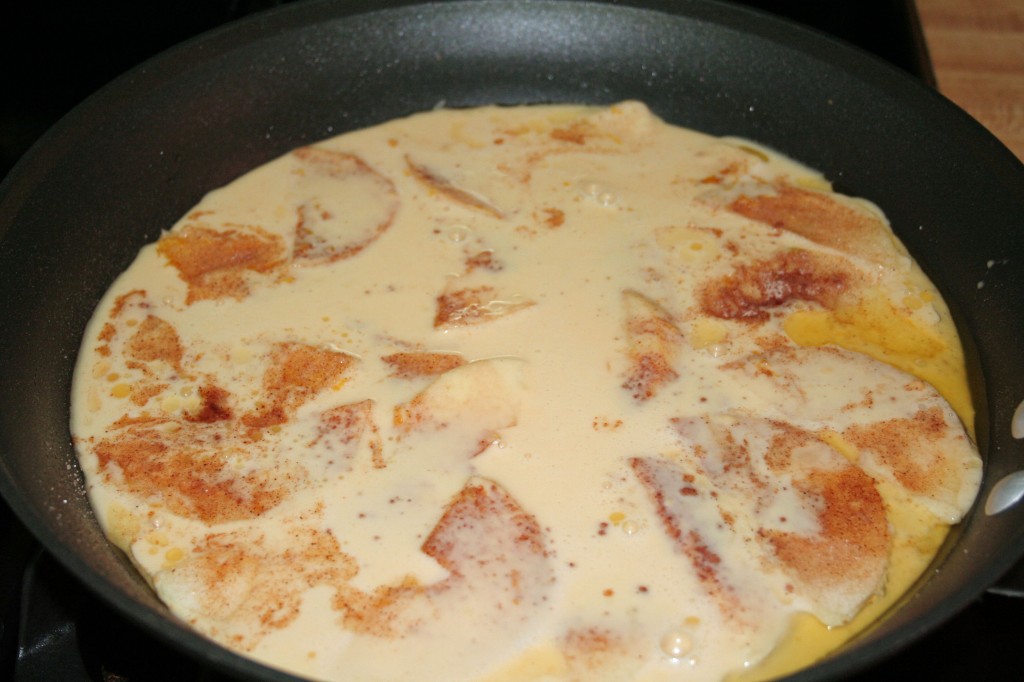 Bake for 15 minutes. Lower heat to 350 degrees and continue to bake another 15 minutes until pancake is puffed and brown.

Makes one large 9″ pancake (serves about 6). 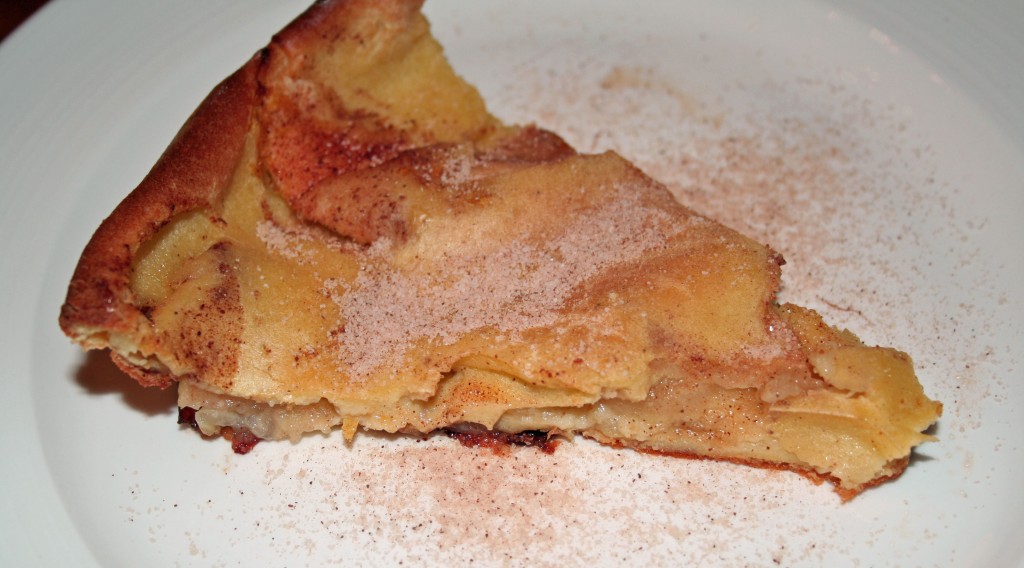 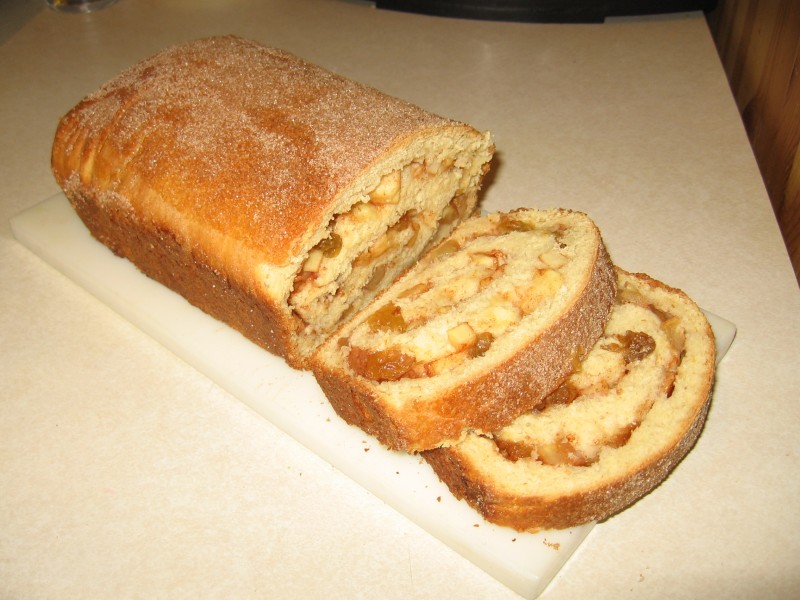 Adapted from “The Art of Fine Baking” 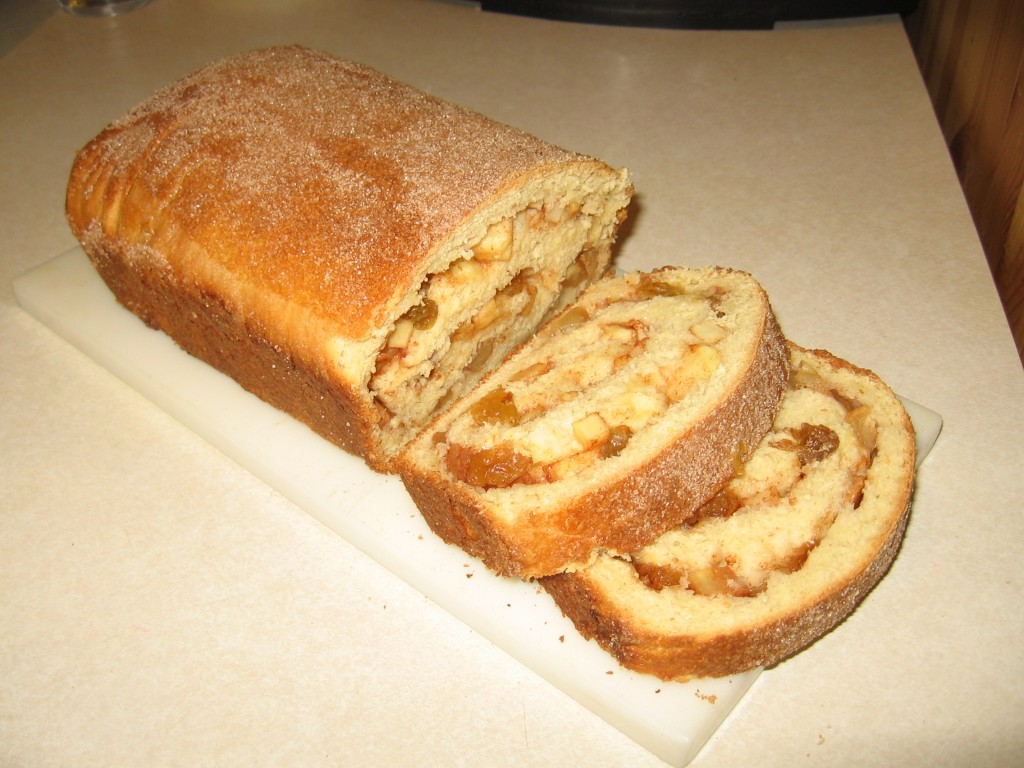 Combine yeast with milk, sugar, salt, lemon, and vanilla in the bottom of a large mixing bowl. Allow to sit and foam up a minute. Mix in eggs. Add flour – enough to make a medium soft dough. Work in soft butter. Kneed in bowl or on table for 10 min. adding more flour if necessary. Dough has been kneeded enough when it is shiny and elastic and possibly has small blisters on the surface. Place in bowl dust top lightly with flour. Cover bowl with a towel and place in a draft free warm place (sometimes I flip the oven on its lowest setting for a minute, turn it off, and place dough in oven) to rise 45 minutes. Dough should almost double in size.

Punch down dough and roll into a large square or oval shape about 1/4 inch thick. Brush with melted butter. Scatter chopped apples over dough. Sprinkle with raisins. Sprinkle with cinnamon sugar (reserving about 1 tablespoon for later). 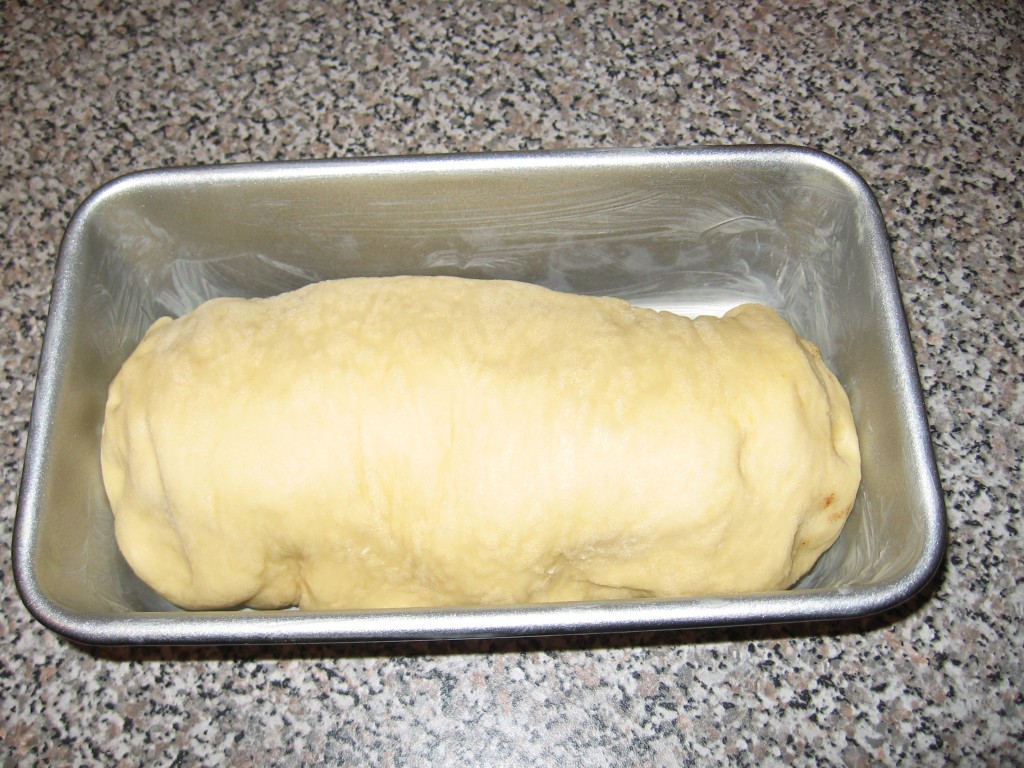 Let rise until dough has almost doubled. Brush with egg mixture and sprinkle with remaining tablespoon of cinnamon sugar. 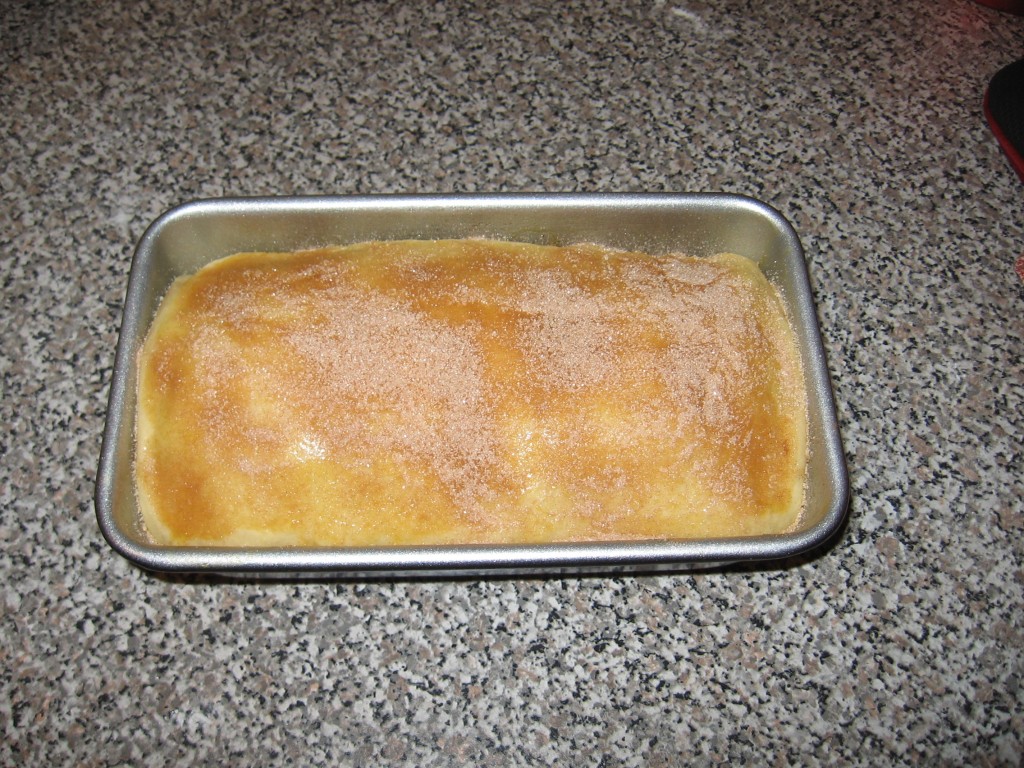 Bake in preheated oven about 45 minutes or until golden brown.