Welcome to ImPECKable Eats, formerly Megan Peck Cooks. Previously, this blog was devoted to revisiting and modernizing my grandmother, Paula Peck’s recipes. I established this site as a look into the process of testing and updating recipes from cookbooks written 50 years ago by Paula Peck, friend and apprentice of James Beard and The New York Times critic, Craig Claiborne. I recently decided to expand to re-creating other classic recipes with a twist. I hope to reach those that may not have heard of my grandmother but still appreciate classic recipes. For her fans, Paula Peck recipes both published and unpublished will continue to be an important focus of this blog.

Hi, I’m Megan. I was born and raised in Minneapolis, MN. Because of my family’s history, I was exposed to many different types of food at a young age (sushi purée was often my baby food). After working in supply chain management, I decided to follow my passion for food and return to New York City, my father’s roots. I attended the French Culinary Institute in 2009 and received a diploma in culinary arts. I have an uncontrollable sweet tooth that I try to balance with running, yoga, and the occasionally healthy recipe you’ll find here. I don’t consider myself a writer but a food lover on a mission to update and share my grandmother’s accomplished work as well as other classic recipes with a twist. Enjoy the journey… 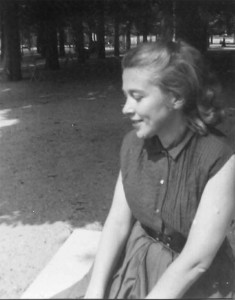 My grandmother, Paula Peck, was born in New York, where she lived with my grandfather, Jim Peck (civil rights activist and pacifist: James Peck in Wikipedia ), and sons Sam and Charles (my father). She contributed recipes to, and had her pastries photographed for, The New York Times and Life, and she taught at the James Beard Cooking School, where she first shared with others her revolutionary ideas for home baking. James Beard writes: “Her enthusiasm for the work table and range is refreshing. Her way to combat fatigue and worry is to get into the kitchen and turn out a hundred or so croissants or two or three batches of puff paste with all embellishments. She is an outstanding juggler with rolling pin and mixing bowl, and magic results fill her larder and freezer to overflowing. Her home is an oasis for hungry travelers and guests, for there is always enough delectable food in her kitchen to serve a good-sized party.” 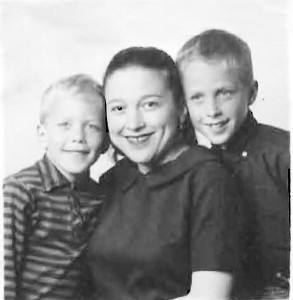 Her book, “The Art of Fine Baking,” written in 1961, gained more notariety for it’s revolutionary baking techniques and dessert recipes, but the lesser known “The Art of Good Cooking” with its international recipes and classic French cookery, was ahead of its time and equally inspiring.

Mark Bittman, who has mentioned Paula Peck in a number of his articles for The New York Times over the years once wrote, “the first cookbook I bought was ”Joy of Cooking.” But the first one I fell in love with was Paula Peck’s ”Art of Good Cooking.” Ms. Peck, who wrote in the 60’s — I bought her book in 1970 — was a self-described modernist: ”tradition should not hamper us if we find a better way of doing things.”