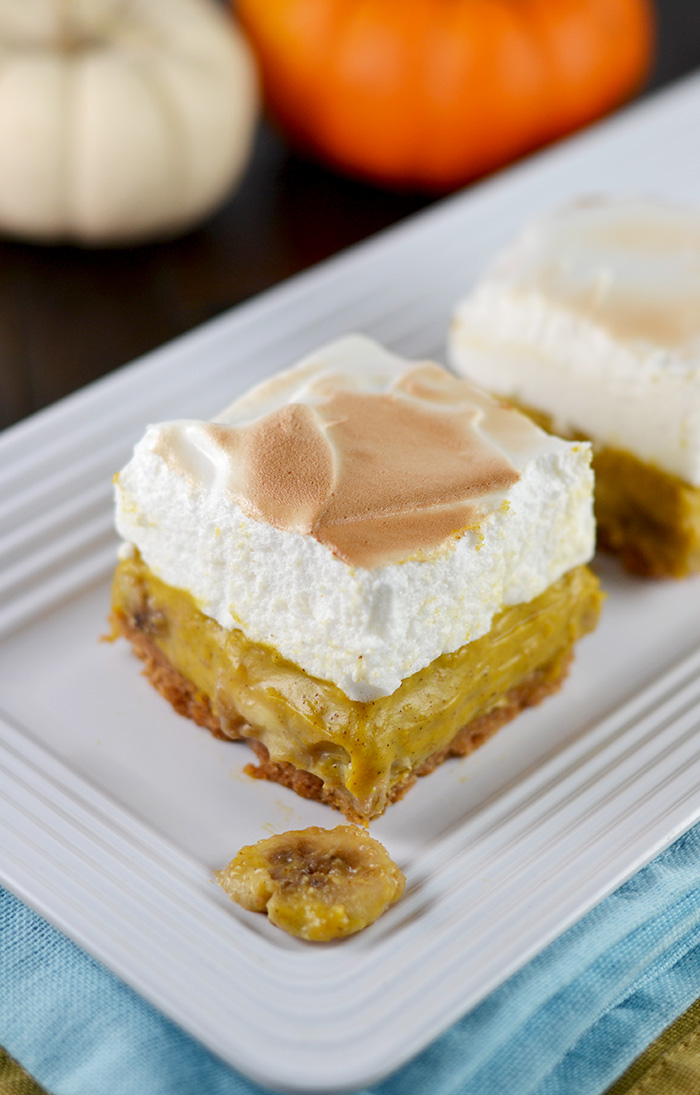 Happy Fall! I should explain why I haven’t posted in almost 6 months but instead of boring you with excuses of being busy, starting a new job, and visiting China, lets just move on to the good stuff: these tasty Pumpkin Banana Cream Pie Bars with Marshmallow Topping. Sound like a mouthful? It sure is.

Fall is always a comforting and exciting time of year. Pumpkins, squash, and apples fill the markets, the leaves start to change, and there’s a crispness in the air that allows big cities (like NYC ) to breath again. Pumpkin and sweet potato recipes remain popular fall dessert staples both in restaurants and online so I couldn’t resist participating in this annual baking tradition again.

This recipe combines a classic old-fashioned pie with autumn flavors and fluffy marshmallow instead of whipped cream. Why marshmallow? Simply because I have a small obsession with the billowy overly sweet melt in your mouth confection. You can replace this with standard whipped cream, if you prefer. 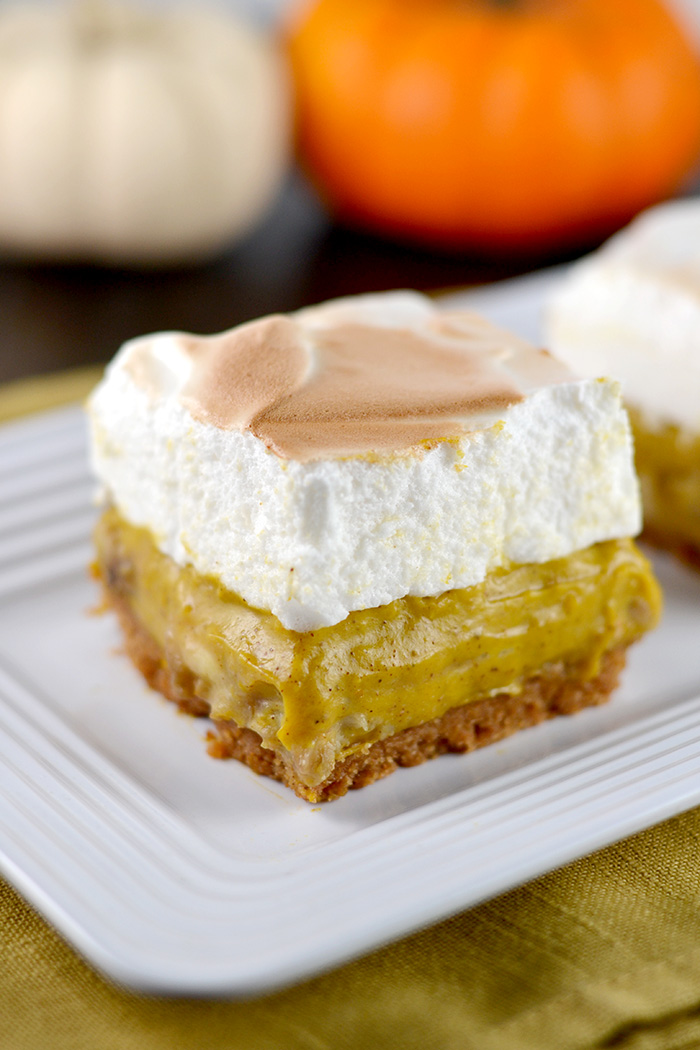 I used a classic banana cream pie recipe from “Baking,” by Dorie Greenspan as the base for this pumpkin version. As I probably mentioned in previous posts, Dorie Greenspan is quite the expert on baking and also a fan of my grandmother’s work (as mentioned here). I adjusted the recipe to accommodate pumpkin puree and the warm and comforting pumpkin pie spices. I also caramelized the bananas for extra flavor and depth (though fresh may be used). And for a little crunch, I used a graham cracker crust instead of traditional butter based pie dough.

Part pumpkin spice pudding and part banana cream pie, these Pumpkin Banana Cream Pie Bars are an addictive sweet treat that are perfect for the season.

To make the graham cracker crust:

To make the marshmallow topping: