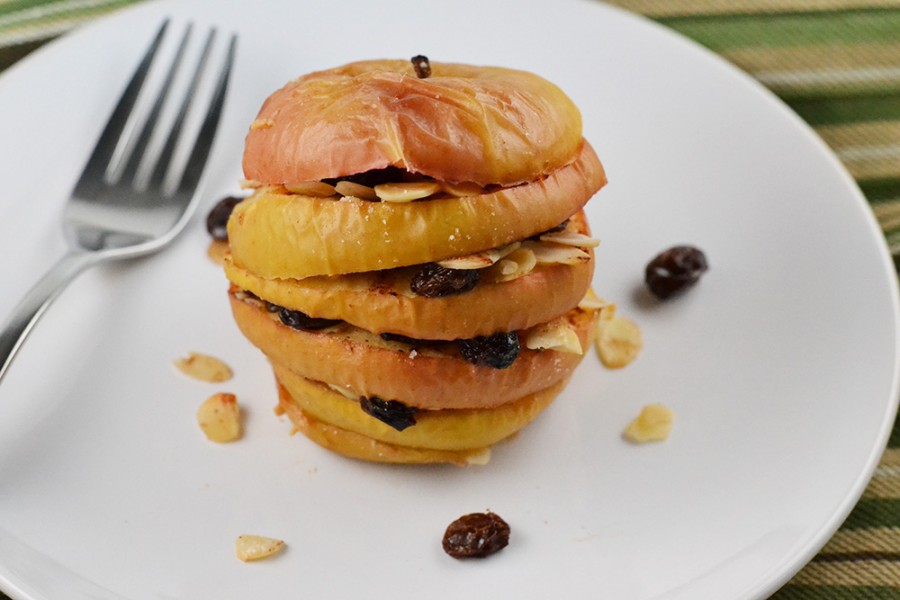 Basic cored baked apples, such as the recipe from The James Beard Cookbook, by the legendary James Beard are tasty in their own right. But I prefer to evenly distribute the cinnamon sugar amongst the slices so that the familiar sweet earthy fall flavors can be enjoyed in every bite. The additional components of each sliced apple layer are really up to you. I couldn’t make up my mind on which I liked better: plump juicy raisins with the light crunch of blanched almonds (pictured) or creamy peanut butter – a classic snack combo. So I decided to include both in the recipe below. The steps couldn’t be easier: slice the apple in rounds, remove some of the tough core, sprinkle cinnamon sugar, raisins, nuts or layer of your choice, and bake. Not only are these quick to make, they are healthier than apple pie and make a fun after school snack for the kids (the nuts and peanut butter add some protein) or even a dessert to finish those weeknight meals with a bit more fall flare. 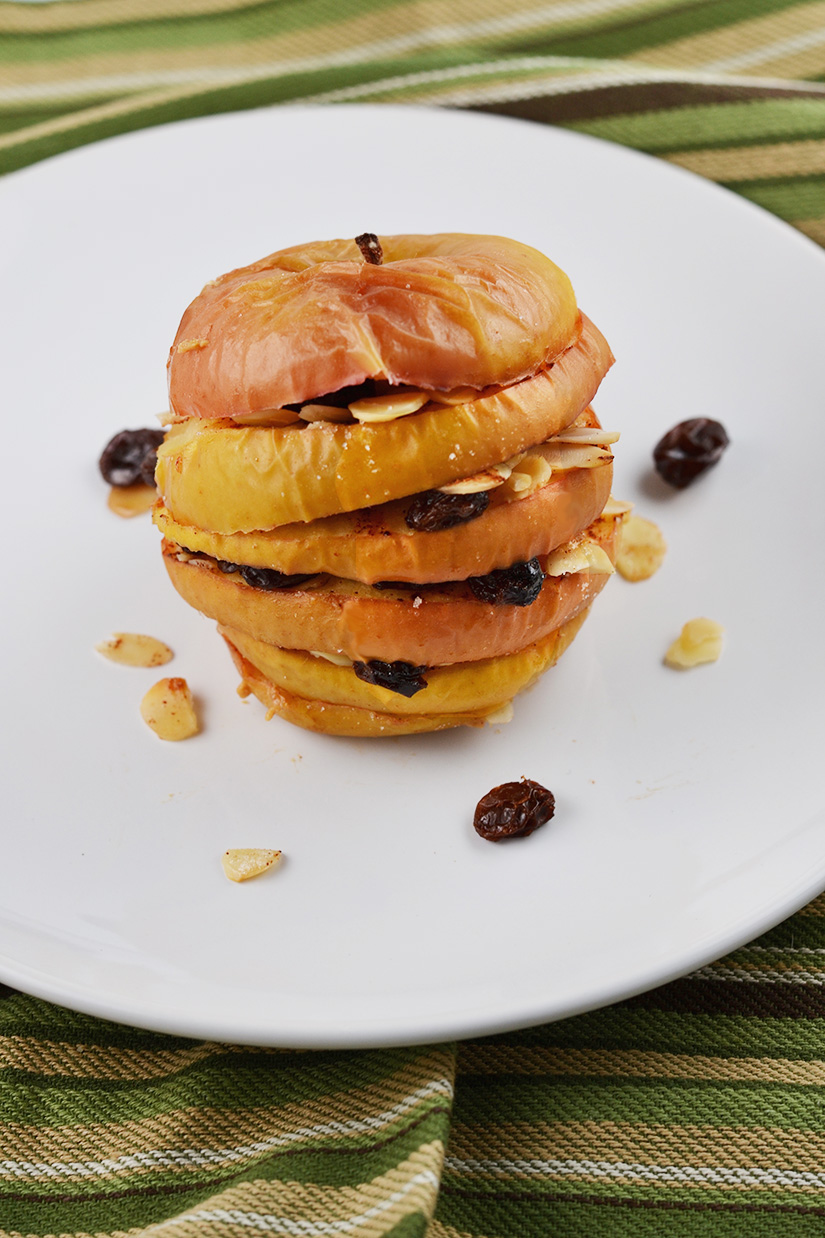