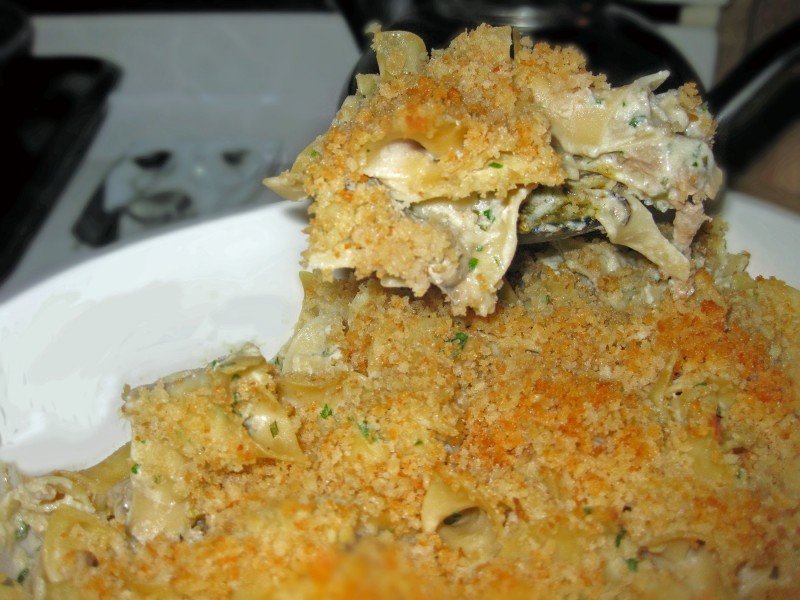 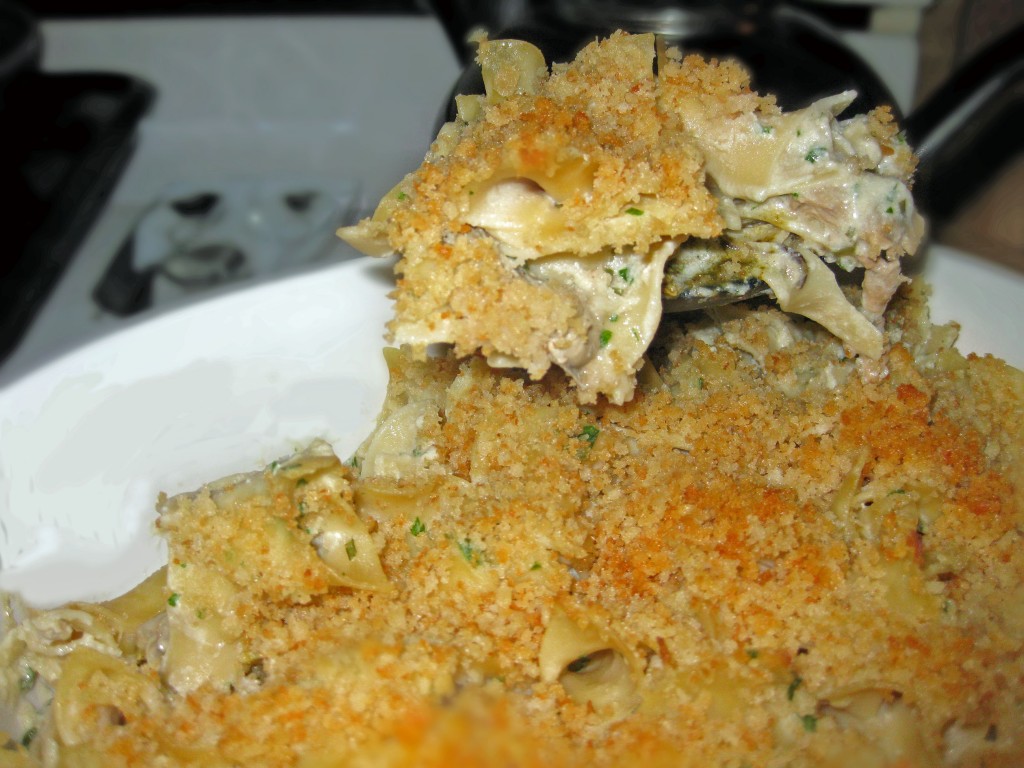 When I first came across this in the stack of unpublished recipes my grandmother left behind, I thought it was somewhat of a waste of perfectly tasty fresh oysters and the flavor could be savored more appropriately by eating them on the half shell. To be honest, the idea of a casserole made with any form of seafood mostly reminded me of the somewhat frumpy old fashioned tuna casserole. With such a strong emphasis on fresh oyster flavor, this dish is far from a waste or old and frumpy. The oyster liquor (a fancy word for the juice of the oyster) provides an ocean freshness like the smell of salty sea air at low tide (cliche enough?). Chunks of oyster complete the dish and who doesn’t love noodles!

The original recipe called for poppy seeds, which I left out because it just doesn’t seem to add anything to the dish. I did, however; add lemon juice, which cuts nicely through the fat of the half and half. And if used, grated Parmesan sprinkled on top with bread crumbs complements the saltiness of the oysters.

Preheat oven to 375 degrees and butter a casserole dish (roughly 1-1 1/2 quarts)
Cook noodles in plenty of boiling, salted water until just tender. Drain and place noodles in a bowl.
In a heavy pot, melt butter. Stir in flour, and cook for about four minutes, stirring constantly. Add combined cream and oyster liquor, again stirring constantly. Use a small wire whisk when adding liquid to butter flour mixture to break up any lumps. Add lemon juice and cayenne or Tabasco (if using). Season well with salt and pepper. Add quartered oysters, tarragon, and chopped parsley. Add this mixture to noodles in bowl and toss gently together.
Pour into buttered casserole. Sprinkle golden bread crumbs and Parmesan over top. Bake for 15-20 minutes or until very hot. Serve at once.

Note: Casserole maybe prepared ahead and refrigerated up to the point of sprinkling bread crumbs. Remove from refrigerator at least an hour and half before baking.