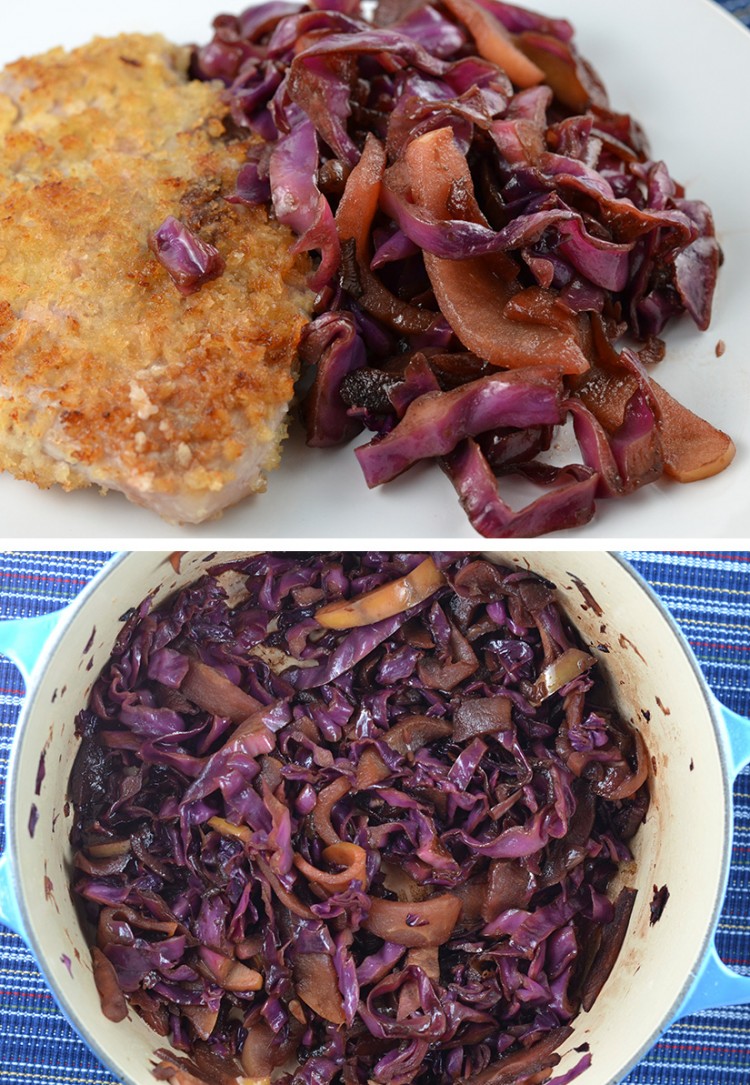 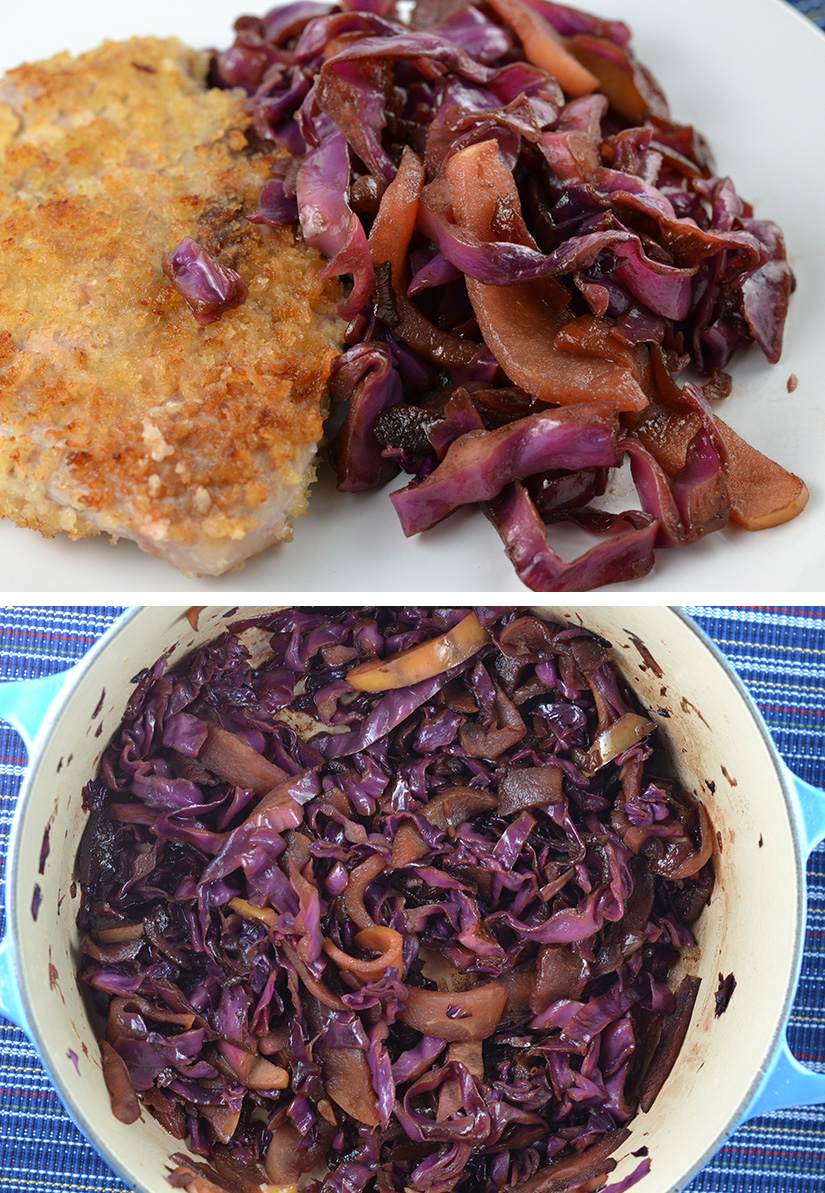 Cabbage tends to have a bad reputation. The semi-pungent leafy vegetable has many different recipe applications and seems to be gaining popularity despite the negative stereo-types that surround it. Most of this newly found popularity comes from recent trends in fermentation, particularly Korean food such as kimchi. I still find cabbage a bit daunting. Its extra-large leafy head often looks like enough to feed a small army. Some grocery stores manage to sell halves instead of whole heads, which I’ve found helps this issue. But the best way to conquer cabbage is to find a handful of delicious recipes that make the infamous smell less…well…stinky. Sweet balsamic vinegar and fall’s favorite fruit rescue cabbage in this braised dish. It’s sure to top your list of best cabbage recipes, or at least your list of cabbage recipes worth repeating (most of us might not have a “best recipe list” for cabbage yet).

This recipe utilizes a form of braising, the popular French cooking method, often used with meats because the combination of moist and dry heat helps break down tough tissues. The principle is fairly simple: high heat or searing followed by liquid (filled to roughly halfway or two thirds the way up the sides of the protein), low temperature, then covered and cooked slowly. Cabbage works well with this cooking technique because the tough leaves break down, making them softer and somewhat more palatable while keeping the moisture in. The balsamic vinegar adds acidity that is absorbed during the cooking process and complement the sweetness of the apples. These flavors produce a sweet aroma instead of the sour, fermented one often associated with old school conventional cabbage.

Cabbage was a staple of my grandmothers time and this recipe was based on one of many cabbage recipes her cookbook, “The Art of Good Cooking.” I have made very few of her cabbage dishes but this recipe has inspired me to make more. I did make a few adjustments to the original such as replacing the red wine with balsamic vinegar and adding onions (another sweet component), but the method remains the same. I served this with simple pan-fried pork cutlets (as seen in my terrible photography – next week’s will be better, I promise). The sweet balsamic purple cabbage and apples complements each bite of the succulent pork. A quintessential fall meal at its best – with a boost from a vintage vegetable that now seems a little less boring and intimidating.