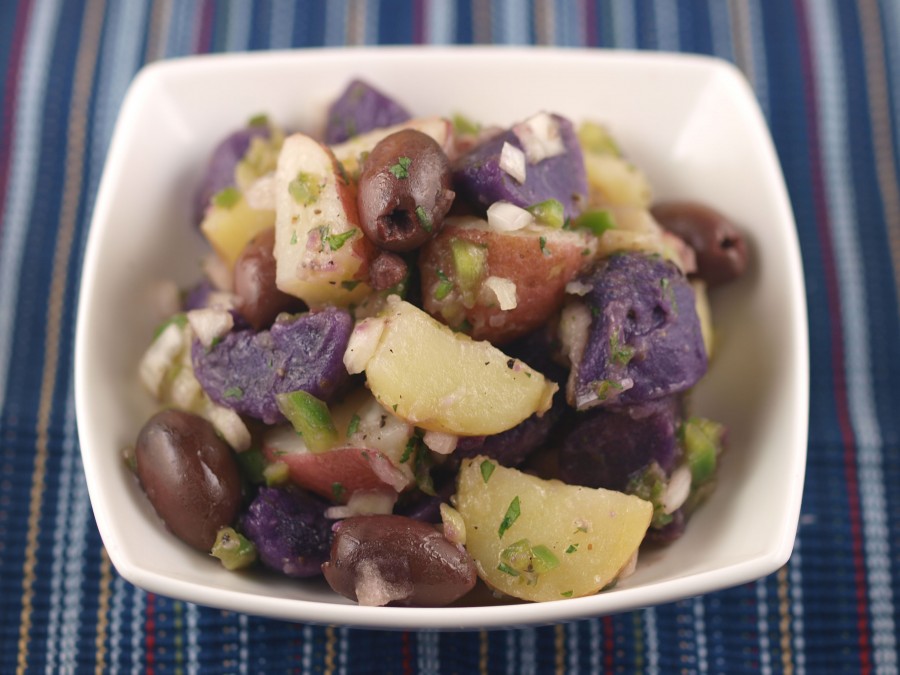 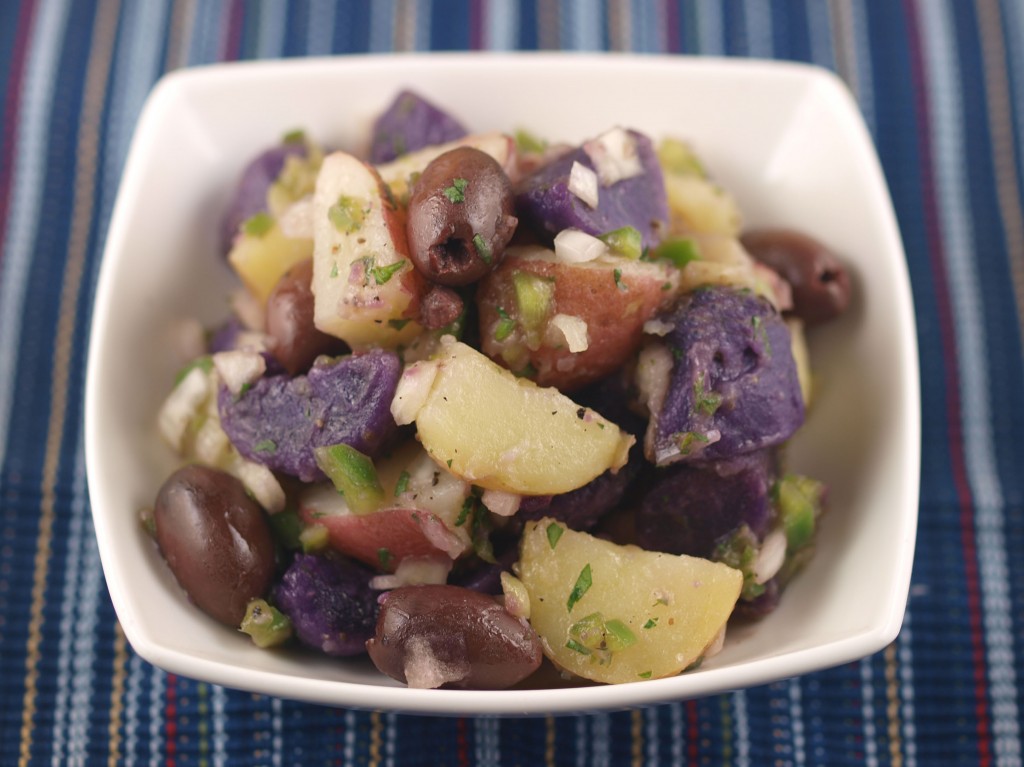 In the interest of the hot summer days ahead, I’m continuing my testing of easy classic salads. The simplicity of some of the salad recipes in “The Art of Good Cooking” is refreshing. The base of this potato salad recipe, for example, has just five ingredients (not including the dressing). To change it up a little, I added kalamata olives and used tricolor baby potatoes. You’ll find these bite size potatoes sold in mesh bags which usually include purple “Peruvian” potatoes (who’s skin, I found, falls off easily after cooking), red potatoes, and white potatoes- similar to fingerlings. You could, of course, use all one type of potato, but what’s the fun in that?

Potato salad has somewhat of a lengthy history that’s intertwined with the long and overwhelming history of the potato, of course. As a basic salad that includes potatoes and some kind of dressing, many different countries (mostly European) have their own versions. Though I haven’t been able to find any official documentation, it seems German potato salad was one of the first (or the first) potato salads to make it to the US. Interestingly, my grandmother mentions in her notes for this recipe that German potato salad normally contains mayo, but that this vinaigrette version was preferred by her family. I always thought the opposite: that German potato salad never had mayo and always had some type of vinaigrette. After a little research, it appears that different parts of Germany have different “traditional” German potato salads. Some are creamier and often contain mayo, while others do not.

I included two sets of instructions below: the original and modified. Since I often don’t want the extra heat from the oven in the summertime (and prefer a quicker version), I like to simply cook the potatoes and dress them. The original recipe requires cooking and then baking them. Both methods are delicious. Since potatoes hold up well to seasoning and salt, kalamata olives are a welcome contrast in both texture and flavor. Pack this one away for your next party in the park and happy picnicking.

Modified Quick Cooking Version
Wash potatoes; place in a deep pot. Cover potatoes with water and stock. Bring to a boil, then lower heat and simmer until potatoes are tender when pierced with a fork. Drain and cool until they can be easily handled. Peel the purple potatoes. Cut all potatoes in quarters.

Whisk together oil and vinegar until emulsified. Add vinaigrette to warm potatoes and refrigerate until cold.

Original Version
Wash potatoes; place in a deep pot. Cover potatoes with water and bring to a boil. Lower heat and simmer until potatoes are tender when pierced with a fork. Drain, cool, and refrigerate until they are cold. Peel the purple potatoes. Slice all potatoes and place in an oven-proof dish.

Add chicken stock, olive oil and vinegar, and season with salt and pepper. Place in a 350 degree oven for 1/2 hour, or until the potatoes are hot and liquid is simmering. Remove potatoes from oven and allow them to stand until lukewarm.

Adapted from “The Art of Good Cooking” by Paula Peck. 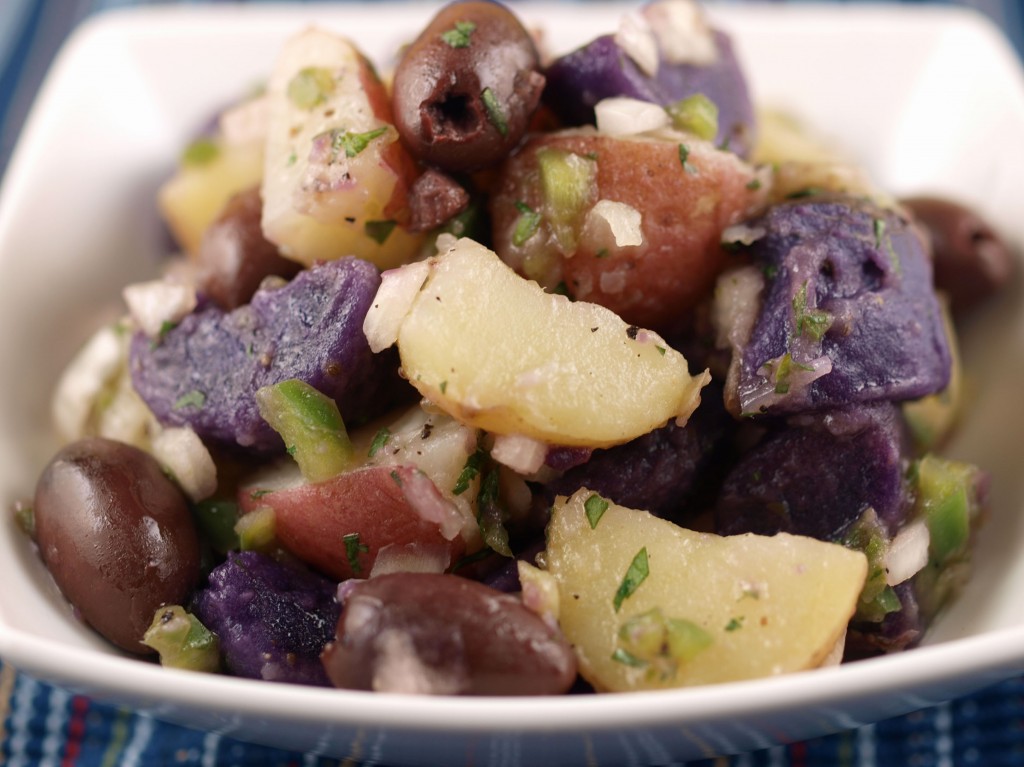